How do Cutter Suction Dredgers operate? 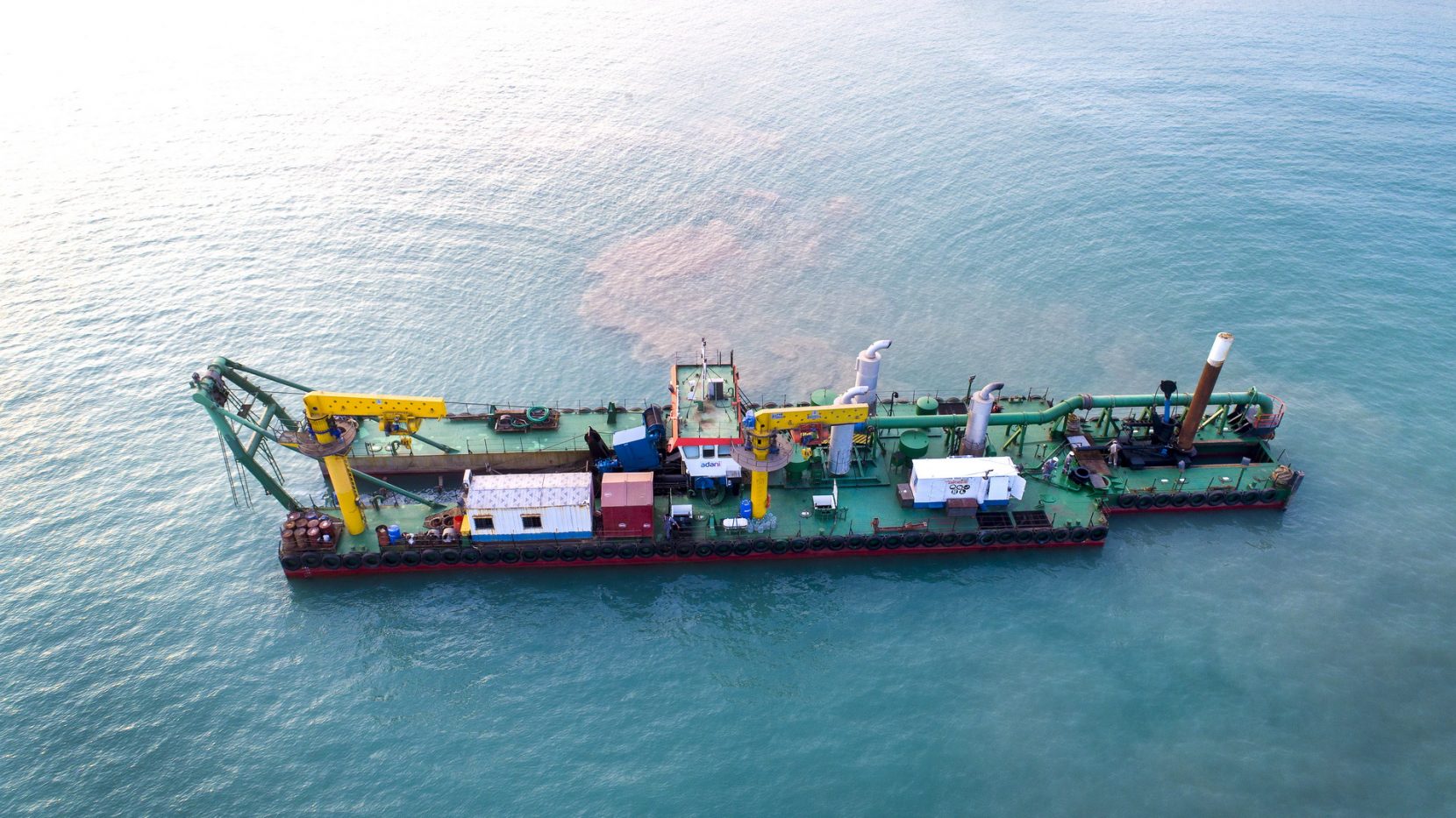 Crucially, all CSDs utilise a rotating mechanical cutter head (with a half dozen ‘toothed blades’) mounted in front of the suction head and rotating along the axis of the suction pipe. Its function is to break up sediment (sand, clay, mud) on the sea floor and so cut hard soils in fragments.  The production capacity of the CSD is directly related to the hardness of the material being dredged.

The cutter head and a suction tube are attached to a so called ‘ladder’ positioned to the fore of the vessel. During operation, the ladder is lowered under the water, the dredge pump(s) is started, and the mechanical cutter head is set in motion.

Layer by layer the cutter works to break up the sediment. Dredge material is then sucked into the suction pipe as a water/solid slurry and this is then pumped to the surface. The quality and dimensions of the cutter teeth, the maximum and minimum dredge depth and the cutter speed all affect the progress and viability of the dredging.

Usually the dredged material is pumped ashore using internal pumps and a floating pipeline, or without ‘pump ashore’ the material can be loaded into a split hopper barge moored alongside. For longer discharge distances it is advisable to employ booster stations to pump the dredge material to the discharge site.

In this section
Back