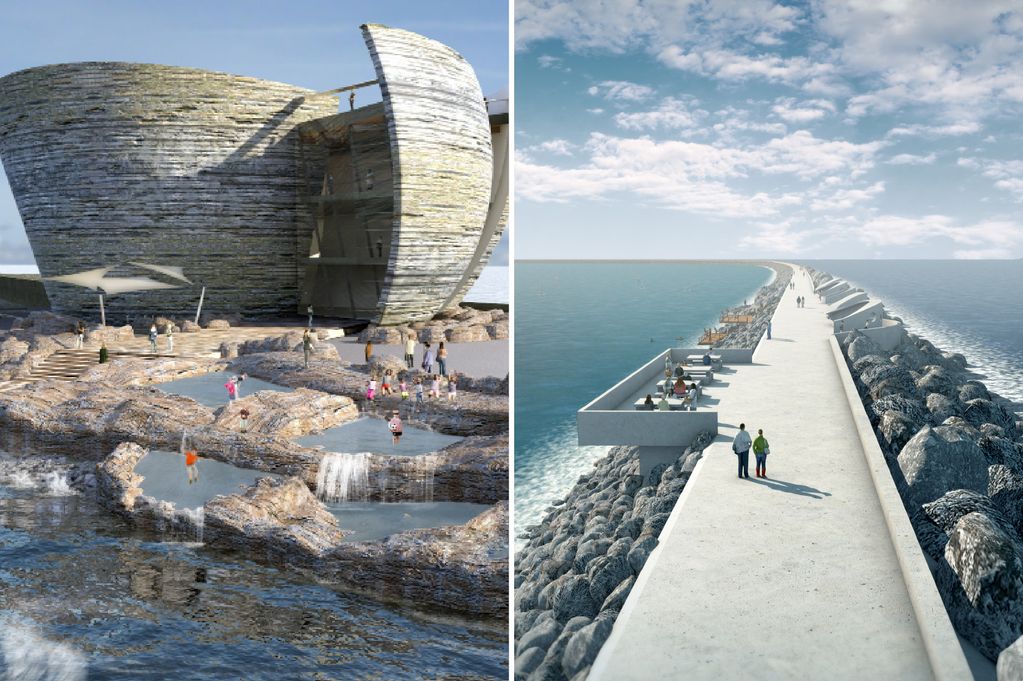 A £1bn plan to build the world’s first power-generating tidal lagoon in Swansea Bay has been given a boost as the UK government revealed further discussions with the developers.

It has been named in the National Infrastructure Plan published ahead of the chancellor’s Autumn Statement.

Energy Secretary Ed Davey said it showed the UK government was “serious” about the potential for tidal power.

The go-ahead could be given before the general election in May.

“Tidal lagoons alone could provide up to 8% of our power needs, replacing foreign fossil fuels with clean, reliable home-grown electricity.

“That’s why we’re showing investors and developers that we’re serious about tidal lagoon potential and have started in-depth discussions for what could become the world’s first tidal lagoon.”

Welsh Secretary Stephen Crabb welcomed progress on the scheme, saying it could give a “massive boost” to the Welsh economy, creating thousands of jobs.

“Wales is already home to some of the most cutting edge companies in the world and the country is uniquely placed to pioneer tidal power,” he said.

“I am a strong supporter of this project and I have long been making the case to my Cabinet colleagues that Welsh innovation should be supporting the next generation of low-carbon technology.”