Saga Sky at Anchor after Being Damaged in Storm Angus 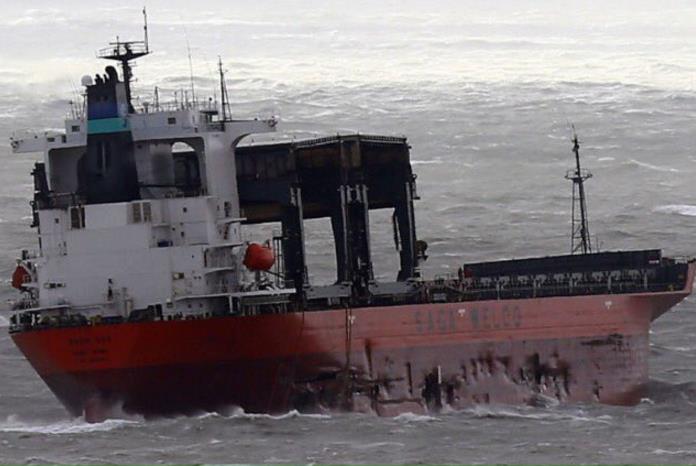 The 1996-built general cargo ship Saga Sky was anchored at Dungeness after it suffered damage when it collided with a rock barge three miles south west of Dover due to harsh weather conditions caused by Storm Angus.

After it experienced an engine and steering failure in the morning hours of November 20, Saga Sky drifted onto the Varne Bank and started taking on water, according to UK Maritime and Coastguard Agency.

Two coastguard search and rescue helicopters evacuated eleven of the 23 crew members who were on board the cargo ship at the time of the incident. The other 12 people remained on board.

Due to the “particularly challenging” weather conditions at the site, the coastguard declared this a major incident.

UK Maritime and Coastguard Agency said that plans were underway to attempt to move the damaged vessel into a port of refuge.

Officials were sent to the Saga Sky to assess the damage before it is moved.

There is no indication of pollution, the coastguard said, however, vessels at the scene and the MCA’s verification aircraft will continue to monitor the area.