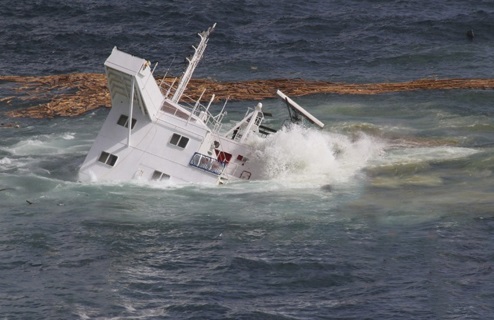 A North Korean cargo vessel called KUM SAN sank off the east coast of China early on March 9 after colliding with a Chinese fuel tanker, which rescued 27 crew members, the Ministry of Transport said in a statement on Monday The collision took place near the port of Lianyuanhang in Jiangsu province at 4 a.m., the government said in the statement. The boat sank by 6 a.m. This is the second reported sinking of a North Korea cargo ship since January. The ship did not appear on a United Nations list of sanctioned North Korean vessels.

No Damage to Chinese Tanker

The Chinese tanker was not damaged in the incident, which comes after a North Korean cargo vessel carrying rice sank off the west coast of Japan in January.Reuters ship tracking data shows the vessel, listed carrying general cargo, was last seen anchored on March 8 near Lianyuanhang port and was listed at maximum draft, which means it was fully loaded with cargo. The sinking comes a month after China banned imports of North Korean coal until the end of this year after its isolated northern neighbour tested an intermediate-range ballistic missile in its first direct challenge to the international community since U.S. President Donald Trump took office.