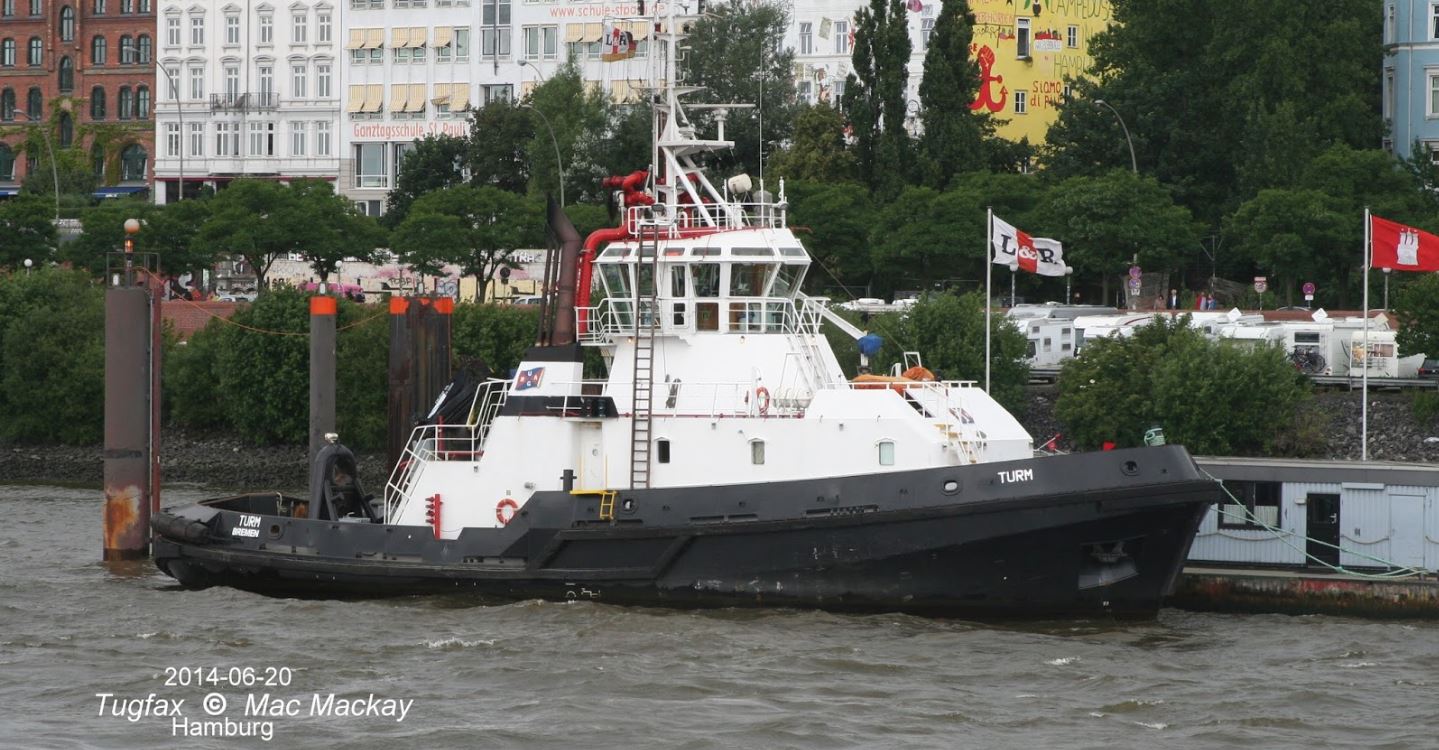 There are now scores of famous tug owning company names that have disappeared as the gradual consolidation of the tug industry continues. Even such well known companies such as Smit have not been immune to takeover – in its case by Boskalis – losing its colour scheme and funnel mark, but still retaining some Smit names. While tug companies used to be small scale or even family owned, the pressures of competition in the now capital intensive industry have forced many small operators to capitulate to the big owners and sell out or just fold up. Strategic alliances even among big players are now common as they try to serve a larger shipping industry that is intensely competitive (Smit and Kotug for instance). The big shipping owners are doing long term deals with international tug operators, squeezing out smaller firms. The shipping companies themselves are struggling against diminished cargoes, and an oversupply of larger ships that require powerful tugs at bargain rates. 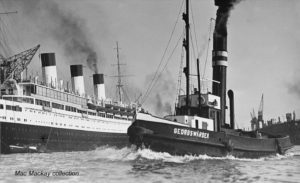 The freer movement of tugs around the world has allowed tug operators to work well beyond their traditional borders as they also become international businesses. Protective regulations in ports have been contested and new operators have moved onto once protected turf, outside their original nation. Europe has certainly been the most competitive, and the most consolidating as the British, French and Dutch mergers and acquisitions have taken place over a couple of decades. Germany has been feeling the pressures as Dutch (Kotug, paired with Smit) and Svitzer have moved into once exclusive territories of Hamburg and Bremen/Bremerhaven.

Hamburg is an interesting example, where the local tug companies, some of them very small, long had a co-operative arrangement where the tugs are dispatched in proportion to their share of the co-op and used a uniform tarif to protect larger crew sizes. Unfortunately this arrangement did not inspire the tug owners to keep up with the times, and when new larger ships came along, the Dutch Kotug moved in in 1993 and “poached” a lot of the business and contracted directly with shipping lines, with new powerful tugs, smaller crews and fiercely competitive rates. Despite recent efforts to upgrade their fleets and reduce crews, the competition continues. News is now out that Linhoff, the parent company of Lutgens + Reimers of Hamburg and Unterweser Reederei AG [URAG] which serves Bremen / Bremerhaven and area is in financial peril and appears ready to sell out to the Spanish super Boluda Corporacion Maritima. Boluda swallowed the well known French company Les Abeilles in 2007 and is apparently hungry for more central European presence. If the deal goes through it will see Boluda going head to head with Kotug/Smit and Svitzer.. Svitzer recently contracted for the work of parent company Maersk and Smit/Kotug got MSC in Bremerhaven pushing Linhoff to the wall. The combined fleet of URAG and L+R numbers 20 tugs, so it is a small operator by world standards. While now largely confined to the Elbe / Weser area, it once stretched a bit farther afield. 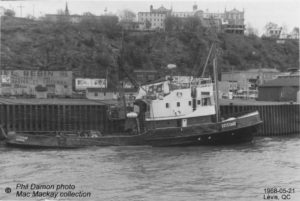 In the late 1950s and in to the 1960s the company was active in international towing and their tugs did come to Canada from time to time, often towing old ships to scrap in Britain, Spain and Italy. The two tugs Rotesand (1961. 2400 bhp) and Robenplatte (1963. 1800 bhp), between 1964 and 1970 made seven and three transatlantic trips respectively, towing twelve and three ships total. Rotesand usually towed two ships at a time. One such tow departed Lévis, QC May 22, 1968. The tow consisted of the laker Blanche Hindman and the old US passenger ferry Florida that had been used at Expo 67 in Montreal as Le Palais Flotant. Thanks to the late Dan McCormick I have three photos in my collection taken by his friend the late Phil Damon, from the Quebec / Lévis ferry the day before the departure. Rotesand delivered the tows to the breakers at Santander, Spain June 16, 1968, after a 24 day tow. When URAG disposed of Rotesand it went to another German owner, Ludwig Harms, as Salus, then to Petersen + Alpers as their Hanseatic 1974. It was sold to J.Johansen + Sohn of Lubeck in 1983 and as Eduard was lost in 1984.

Linhoff, the owner of L+R and URAG, is a family owned marine conglomerate, based in Buxtehude and consists of eight businesses, including boatmen services, helicopters, offshore wind services and engineering, acquired in 2001 from Preussag. Preussag was the majority owner of Hapag-Lloyd at the time, but renamed itself TUI in 2002, sold off Hapag and bought into the tourism business, including airlines. Linhoff maintained the historic identity of its two tug companies, but as the deal closes at the end of 2016, it seems likely that these famous company names will disappear like so many others.