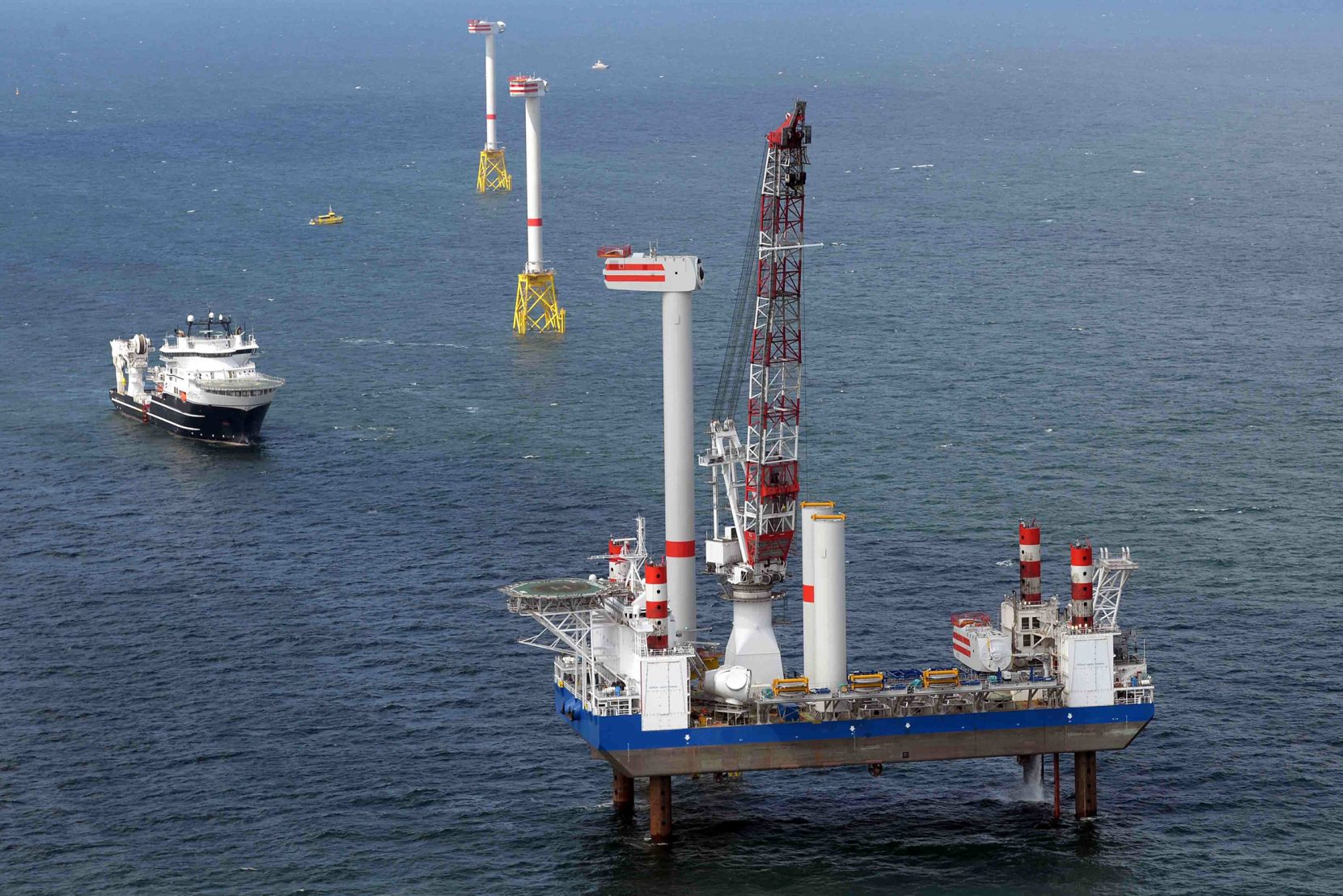 The Horns Rev project was a key landmark in the Danish Government’s ambitious energy plan. According to the plan, wind turbines with a total capacity of 4000 MW must be established in Danish waters before 2030.

The first of the UK’s Round 1 offshore wind farms, North Hoyle is situated in Liverpool Bay. The majority of the offshore construction work was carried out during 2003, with the wind farm commencing operation at the end of the year.

The offshore work was carried out by The North Hoyle Consortium, a comprising of two UK companies -Vestas Celtic Wind Ltd and Mayflower Energy Ltd.

The Round 1 projects were intended to act as testbeds, building the UK’s understanding of offshore wind, whilst in total also providing well over 1000 MW of green generating capacity for the UK. All of the Round 1 offshore wind farms were limited to a maximum area of 10 square kilometres (3.9 sq mi), and no more than 30 wind turbines.

At the time of installation this was the most powerful wind farm in the UK, producing sufficient electricity annually to power 50,000 homes. Due to the late arrival of Resolution, the World’s first dedicated windfarm installation vessel from the shipyard in China, DSB Offshore were asked by Mayflower Energy Ltd to provide replacement jackups and supporting tugs, manoeuvrable tow tugs and small anchor handlers (AHTs).

The vessel spread consisted of the following:

February through to summer 2009. The vessel spread consisted of:

The cable repair was undertaken at Skegness beach on export cable of the Lynn and Inner Dowsing Offshore Windfarm. Project involved cutting out the damaged subsea joint and replacing it with two subsea repair joints and a length of 630mm2 cable. The damaged joint was excavated from the beach and cut out before the cable was lifted on board the repair vessel.

The vessel spread provided by DSB consisted of the following:

This formed part of the preparatory work prior to the construction phase of what is to become the world’s largest offshore wind farm. The project is being built by a consortium comprising DONG Energy (50%), E.ON (30%) and Masdar (20%). The first 630 MW phase is scheduled to have been completed by the end of 2012. With a capacity of 630 MW, it will generate enough energy to supply around 475,500 homes and displace over a million tonnes of CO2 each year.