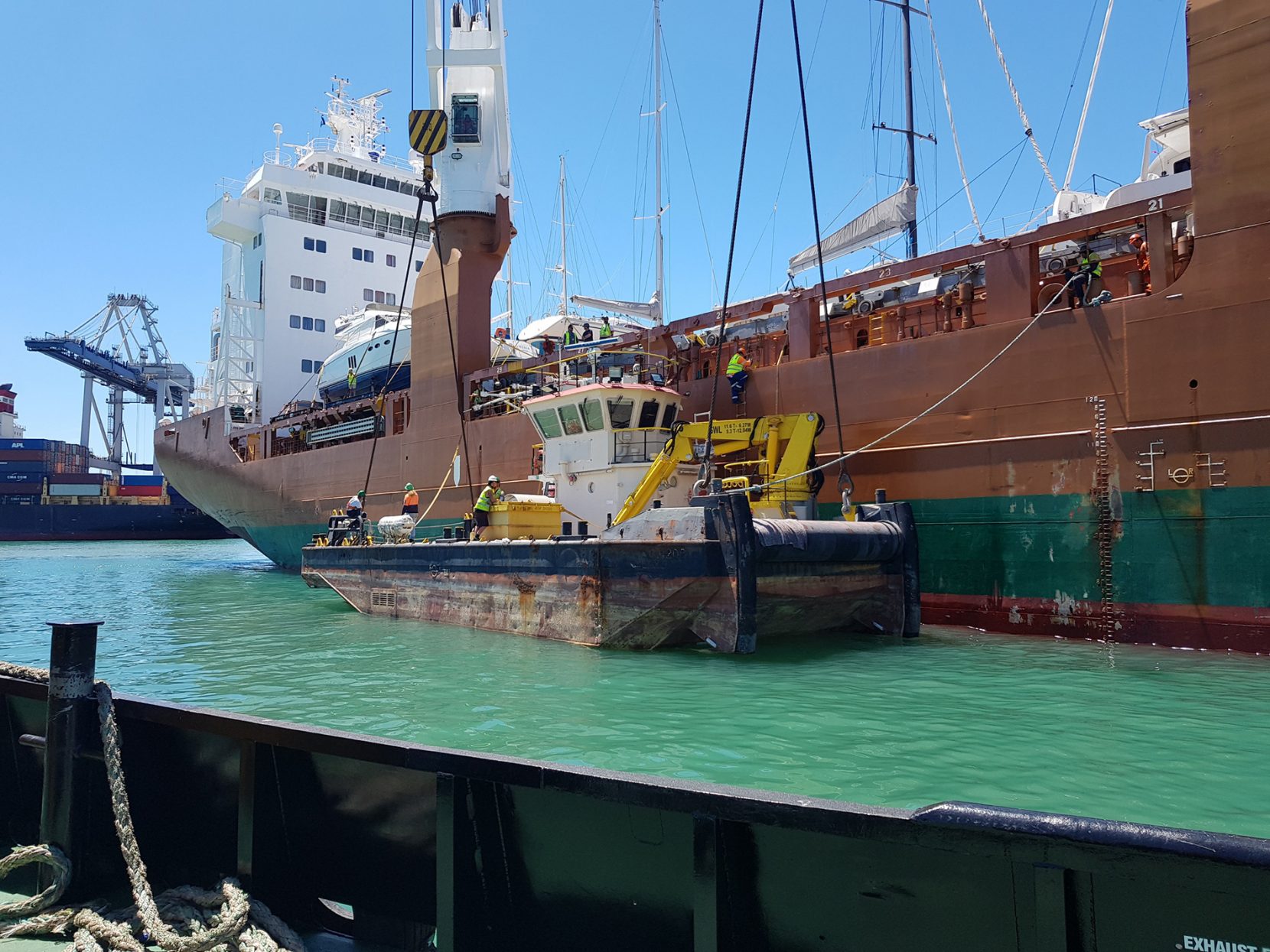 In 2009 DSB sold the floating hotel vessel ‘Ilyich’ from Russian Sellers to Kazakh Buyers for use in the Caspian Sea. The vessel was built in 1971 and has an ice class 1A hull which is 104m long and has a shallow draft of just 2.75m.

DSB acted as co-broker in 2009 for the sale of 42tbp ASD tug PW Delta from Singapore Sellers to Swedish Buyers. The tug was built in China in 2006 and has an LOA of 28m and a designed draft of 4m. Her main engines are 2 x Yanmar 8n-21A-EN giving a total bhp of 3600. Her propulsion units are Schottel SRP 1010R/L. She has accommodation for 8 persons in 8 air conditioned cabins.

In 2009 DSB sold the Damen Stantug 1605 ‘Felix’ from German Sellers to Russian Buyers. She is a highly manoeuvrable tug extremely suitable for working in confined areas. The tug is now being used in the port of St Petersburg for dredge support. Felix was built in 1991 and has a length of 16.89m, a draft of 2m and a pushbow. Her bollard pull rating is 14t and has a total installed horse power of 988bhp.

Sale of 30m LOA river icebreaker/pusher tug from Finland to the Caspian Sea in March 2008. ‘Arppe’ has a bollard pull of 24 tons and 2x 3410kW diesel electric propulsive units. This tug is currently being converted for use in shallow draft ice conditions in the Caspian Sea or Arctic.

The London Night is a 130 passenger luxury river/sea cruiser and is now being used for accommodating oil workers from the artificial Islands of the N. Caspian Sea. She was sold by London Marine Limited from the Marshall Islands to N.V. Shipping Company from the Netherlands.

Designed to operate in the Wadden Sea, on 1.6m draft and with a large aft deck, the tug was intended for use in the Kashagan field in the Caspian Sea.

DSB Offshore has done a number of sales of ice class vessels into and out of the Caspian Sea.”

This 95m British built vessel of super flex design was working in inter Island trade in Croatia when we sold her for conversion to floating workshop in the Caspian Sea. She was sold by Crotian company Split Tours, Boktuljin and bought by Varisal Servicos de Consultadoria e Mareting LDA of Croatia.

Shallow draft iceclass tanker sold to the Caspian Sea in April 2008 to be used for bunkering and transport of faecal waters. Design combines shallow draft with iceclass hull and fits through Volga-Don canal – which was of no little importance for the delivery journey!

Sale of CSD (cutter suction dredger) type ‘IHC Beaver 3300’ from Abidjan, Ivory Coast to Pakistan in December 2007. Sale went through successfully despite the particularly complicated requirements of banks and flag state of the buying country.

DSB secured the sale of the 45tbp tug ‘Marlene’ from Maritime Craft Services, UK to Noordereems BV in the Netherlands. ‘Marlene’ was sold to be used for shallow water anchor handling, towage and support in the N. Caspian Sea. 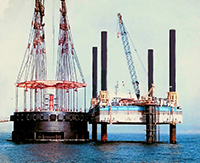 Sale of Delong system 50 x 24 x 4.3m Jackup ‘E1200’ with 70m legs from Pusan, Korea to an Australian construction company in December 2006. This Jackup is now working successfully after a difficult delivery voyage.

Sale of modular jackup ‘S-Fe’ to Australia in July 2007. ‘S-Fe’ has a hydraulic cylinder jacking system with a jacking holding capacity of 1000t . ‘S-Fe’ operates in water depths of up to 40m and has a leg length of just under 70m. Jackup was laid-up in Parana River, Brazil with no access to the ocean and had to be dismantled and transported by land. 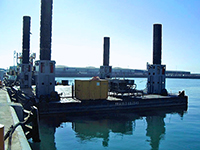 Sale and transport of small jackup ‘Thames’ from Valencia, Spain to BMGS, Latvia in August 2005. ‘Thames’ is a dismountable self elevating platform which can operate in water depths of up to 15m and has a leg length of 28m. She is now working successfully in the Baltic Sea.

Sale of piling Jackup ‘L.A’ from Rion-Antirion Bridge project in Greece to the Netherlands in January 2005. ‘L. A’ has a leg length of 53m and is equipped with a Manitowoc 888 600 ton crane on ring and a catch and glide jacking system.