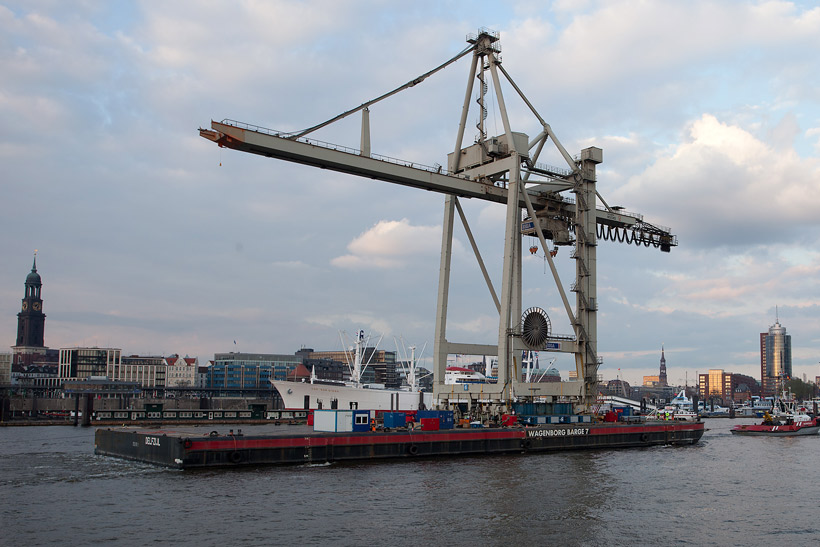 In 2009 DSB co-brokered the long term charter of unusual ultra shallow draft push tugs ‘Christian’ & ‘Moin’ to clients in Australia. The tugs have a length of 18.8m and a draft of 1.8-2m. Their Volvo Penta engines have an installed power of 2 x 591bhp and produce a bollard pull of 16t. The units have 2 fendered push bows installed for pushing barges.

‘The Bigfoot’ barge was bought by GSB Romana for conversion to pipelay vessel. DSB fixed the ‘Englishman’ at 50tbp to tow her in ballast from Rotterdam to Constanza.

Against strong competition DSB Offshore helped Van Wijngaarden to secure a ten year contract with the Ministry of Defence for the provision of a tug-barge convoy to be used for supply and provision of material to the naval base in the Falkland Islands. 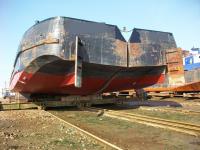 Dumb remote controlled split hopper barges ‘Lune Deep’ and ‘South Deep’ were chartered to BAM Nuttall for port construction project in Rosyth. They were used to carry a mixture of sand and silt.

DSB Offshore Ltd are specialist brokers for sale and charter of construction and accommodation jackup barges.” 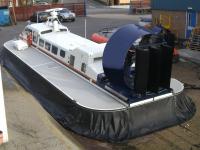 DSB chartered a 25 pax hovercraft to Moebius Baugeselschaft for transfer of workers over the marsh areas near Hamburg for the Eurobus project.

We were contacted by a British/Indian consortium bidding for work in Jamnagar, NW India. The area involved had a fast flowing tide, a rise and fall of approximately 10m and a muddy bottom. We were able to provide a large construction crane jackup nearby in the Middle East which was able to cope with local conditions and the 77m piles which were being installed.