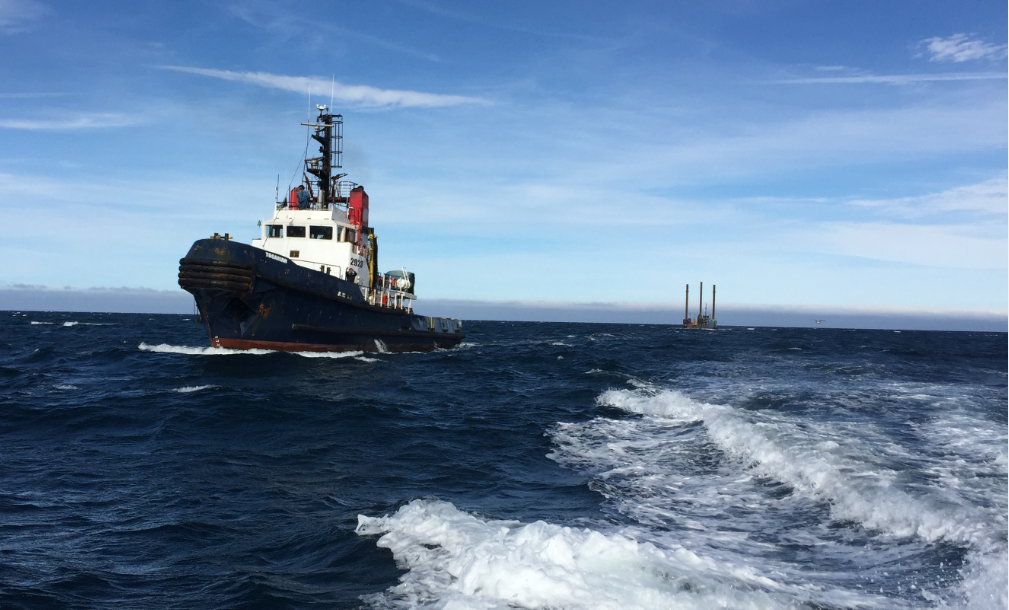 Earlier this year DSB Offshore was approached by Icelandic buyers, Skiparjonusta Islands , who were looking for a tug for towing and other harbour work in the Port of Reykjavik and surrounding islands. DSB consulted with them and provided a number of suitable vessels to consider.

Taking time to understand the client’s requirements and scope of work, it soon became clear to DSB that single screw tug, Togarinn (ex-name Sertosa 18), would best suit their needs. The sale took place in April after a successful inspection. Togarinn is a 33.5m LOA, 48 tbp single screw tug. She is a versatile vessel with FiFi, accommodation and a solid winch on deck.

In May, she began her voyage from the South of Spain to Iceland, but hit a snag just off the coast of Ireland, when her propeller got stuck in fishing nets and crew sent out an urgent request for salvage. DSB responded swiftly and were able to help with the salvage, so that Togarinn could complete her journey to her new home.

She arrived at the Port of Reykjavik in early summer where owners have been making some modifications for the vessel to suit their needs. DSB has been involved in this contract throughout – from advising clients, to the sale of the vessel, including salvage and providing legal and commercial advice regarding future work.

“The boat is very powerful and we are happy with it and all DSB did for us, especially their help when we caught the net in the propeller,” say new owners of Togarinn.

She has just completed her first job, towing a dredger from Húsavík to Patreksfjördur, and then on to Brjánslækur. She is already on her way back to Reykjavík and bound to have a busy time working on the North Atlantic Icelandic coast.

It has been a pleasure to work on this deal and we have enjoyed extending our regional scope to Iceland.